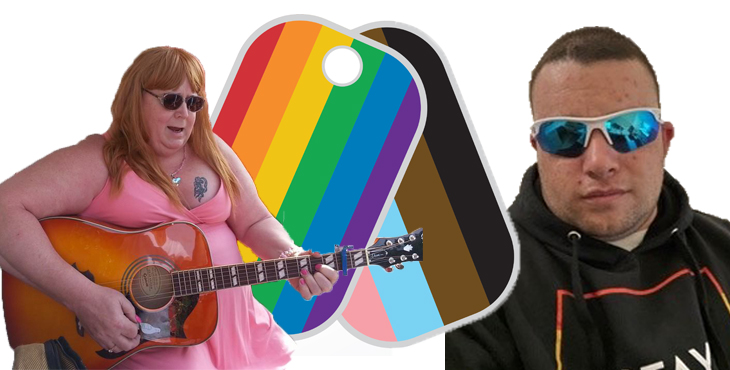 This is part one in a two-part series about VA care for Veterans with Lesbian, Gay, Bisexual and Transgender (LGBT) and Related Identities. Part two will run June 8, 2021.

Fanning went into the Navy right out of high school in 1970. She served one shore duty enlistment on the East coast. 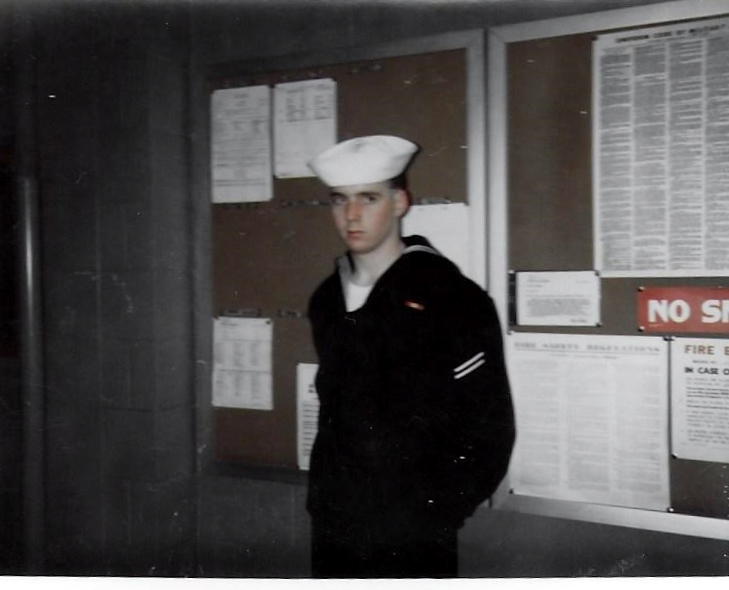 Fanning poses for a photo during boot camp.

“Somehow I just lucked out that I was never in any kind of danger, but then there was no adventure or world sightseeing either,” she said.

Liebhart came from a Catholic family, joining the Army in 2002. He served for just over seven years with military police at Fort Rucker, Alabama, and Fort Riley, Kansas. Liebhart also deployed to Iraq for 15 months from September 2006 to December 2007. Serving during Don’t Ask Don’t Tell, Liebhart could not reveal sexual orientation.

“There was one occasion where someone casually mentioned my sexuality, and I was told in no uncertain terms that if my command sergeant major ever heard word about it again, I would be out of the military,” he said.

Fanning said she was “clueless” about her gender and sexuality issues until already married. She said she had a slow journey of self-discovery.

“I really did not accept the truth of who I was until after my two children were grown,” she said.

At the time a woman, Liebhart told a close friend in high school about her sexuality. The reception was poor, forcing Liebhart back into the closet. Liebhart lived as a female-presenting lesbian for many years, marrying another lesbian. Liebhart reached a point accepting the truth: she was not a woman.

“I thought I was fine,” Liebhart said. “But in time I came to see that who I was did not match the container I held myself in. I came out to my family and close friends as a trans man in my mid-30s and swiftly began the transition process.”

Now fully surgically transitioned, Liebhart said he lives “a complete and honest existence.” His lesbian wife and he still have a happy marriage.

For Fanning, she is a fan of her service at the Edward Hines, Jr. VA Hospital outside Chicago.

“For me, my VA experience has been all positive,” Fanning said. “Everyone at Hines treats me with the same respect as everyone else, whether I am here for a regular appointment or as an admitted patient.”

Fanning has used multiple health care services. This includes hormone treatment, group therapy and speech therapy. She said the speech therapy has been especially helpful, especially being a tall transgender woman with a deep voice.

“Having tried to affect a ‘feminine voice’ for so long on my own, and never having any real success, I had all but given up on being able to develop one in this lifetime,” Fanning said. “But the prospect of having access to real, professional vocal coaching certainly was an opportunity I could not pass up.”

Fanning said while the therapy challenges her, the results boosted her confidence.

“After years of unsuccessfully trying on my own to speak in a more feminine voice I found out just how difficult it is,” she said. “Even with professional guidance it has not been easy. It was six to eight months of frustration before I started to have any amount of success at all. Then, those Improvements came in small, even subtle increments. These days, I mostly stay in what is now my real voice, all day, with few slip ups. Finally, my voice has become a true vocal representation of just who I am.”

“I have found Truman VA to be very accepting,” he said. “The environment is one of general openness and inclusion. This is not to say that providers themselves are always inclusive, but it gives one the sense of hope that you can find one who will be.”

Fanning, who received health care for years outside of VA, said she encourages all Veterans, including LGBT, to use VA.

“I find Hines to be first rate and far better than any private sector care that I have ever received,” she said.

Liebhart said like any health care system, finding the right provider is critical.

“For instance, when I approached my primary care provider about starting HRT, I was met with absolute support and guidance,” he said. “In fact, every step of the transition process was made smoother by the support of various providers.”

“I shocked the pants off of an EKG tech once when I took off my shirt off, and he wasn’t able to easily compose himself,” he said. Liebhart also said providers have not always agreed on courses of action because of inexperience with transgender care. He said his best advice for others is to advocate for care they’ve earned.

“I would tell other LGBT Veterans to be bold about advocating for themselves, and not to become complacent or quelled into acceptance of less than they deserve,” he said. “They should be open and honest with their providers, so that they can receive the highest quality of care, because a doctor can’t help you when you give them half the truth. Assume good intentions from your providers, and if you’re met with anything less, then use your resources. The patient advocate, LGBT coordinator and safe zone allies are excellent support systems.”

“Be respectful,” he said. “We are all human and deserving of dignity. If you’re curious about something, ask.”

There is an LGBT VCC at every facility to help Veterans get the care they need. Find a facility at https://www.patientcare.va.gov/LGBT/VAFacilities.asp.

Learn about health risks and talking to a provider about sexual orientation identity, birth sex, and self-identified gender identity in the fact sheets below.

Learn about the resources and support available for Veterans who have faced challenges related to coming out as a person with a lesbian, gay, bisexual, transgender or related identity.