Frank DeVita: From Brooklyn to Omaha 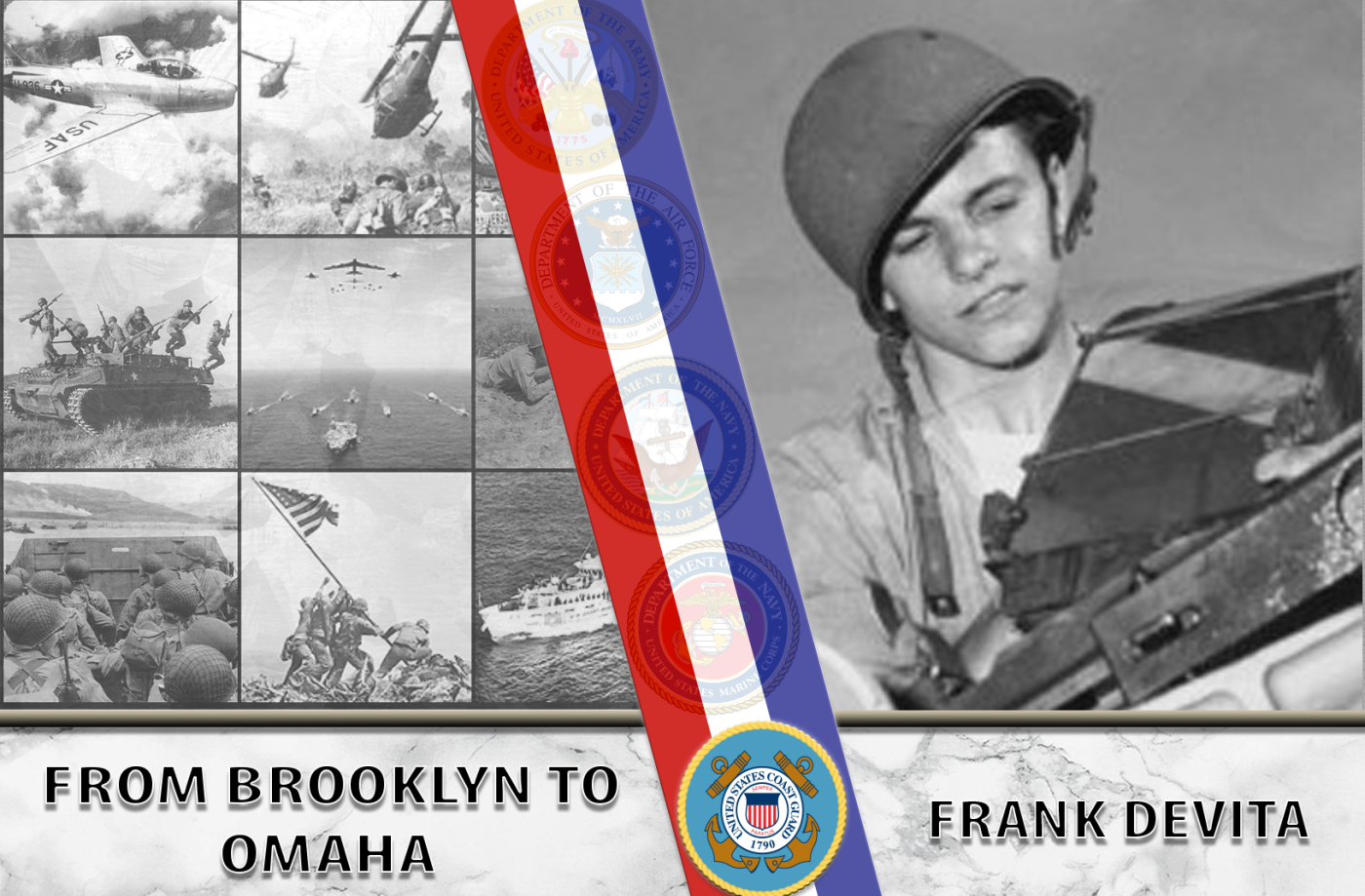 Frank DeVita served in World War II on USS Samuel Chase (AP-24) and was involved in the storming of Omaha Beach and later the Pacific Theater in Japan.

Frank DeVita was born and raised in Brooklyn, New York, during the Great Depression. As early as 1941, 16-year-old DeVita was anxious to join the Armed Forces following the attack Pearl Harbor. Taking the advice of his mother, DeVita waited until he graduated high school before he enlisted in the U.S. Coast Guard at the age of 18. DeVita chose the Coast Guard while his brothers joined the Marines and Army because it was the branch that would send him out to defend his country the fastest.

By 19, DeVita found himself on the attack transport USS Samuel Chase on the shores of France, preparing to send elements of the 1st Army Division onto Omaha Beach.

As a gunner’s mate third class, DeVita participated in the invasions of North Africa, Sicily and Salerno before turning toward France for the invasion of Normandy. DeVita was usually in charge of manning one of the four 30mm machine guns, but just before the invasion, USS Samuel Chase received orders to remove the machine guns for fear of friendly fire, and DeVita was reassigned to drop and raise the ramp of the Higgins ship. The Higgins ship was a small transport that would take troops, usually around 30-32 men, from USS Samuel Chase to the beach.

On June 6, 1944, after weather had delayed the invasion, DeVita set off toward Omaha Beach for the beginning of an 18-hour long battle that involved 15 trips to the beach. DeVita recalled hearing the German machine gun fire rain on the metal ramp that separated those on the ship from death, and then receiving orders to drop the ramp. As soon as he lowered the ramp, 14 soldiers died immediately, and DeVita was introduced to the bloodbath that would occupy his life for the next 18 hours. In 15 waves, DeVita and his crew pulled 308 bodies out of the water back to USS Samuel Chase, and saw countless more die on the beaches. Men died or were mortally wounded standing right next to DeVita, most of them boys no more than 20 years old.

DeVita returned to Marseilles in August for the second invasion, where his ship lost no men.

His service ended in Yokohama, Japan, when DeVita was honorably discharged in 1946. He returned to Brooklyn and married his childhood sweetheart, Dorothy. They had three children together.

Like many other men from his generation, DeVita never talked about the war. It wasn’t until the 70th anniversary of the storming of Omaha Beach, after receiving the French Legion of Honor medal, that DeVita finally opened up in an interview with NBC’s Tom Brokaw. He tells his story so that people remember the lengths to which others sacrificed for their country. DeVita often visits a cemetery overlooking Omaha Beach where 9,400 white marble tombstones that mark the fallen soldiers who died in service of their country.