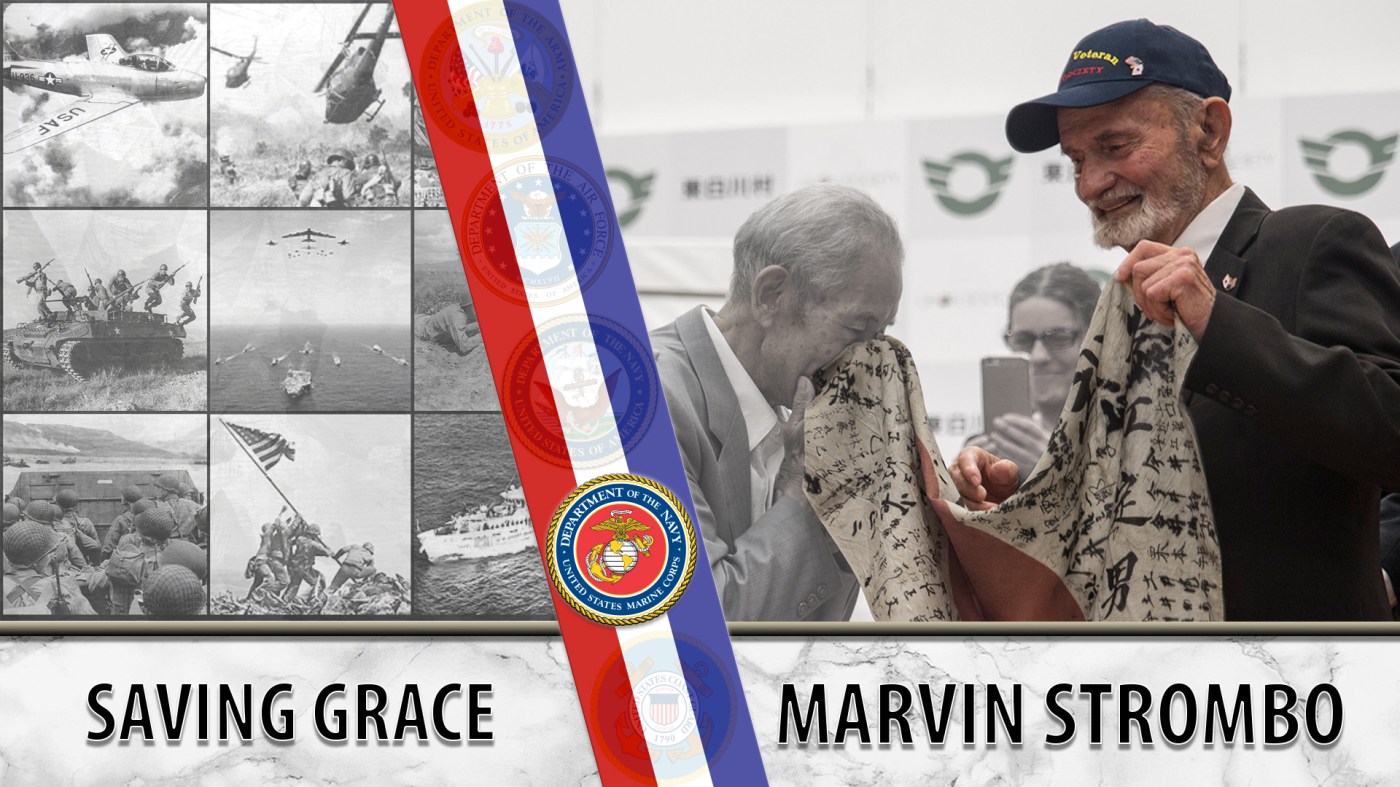 Marine Corps Veteran Marvin Strombo traveled 10,000 miles to Japan from his hometown in Montana to return a Japanese flag he had taken during World War II.

Marvin Strombo grew up in Dixon, Montana. As a young man, Strombo joined the United States Marine Corps and was a part of the Pacific campaign that fought in the Battle of Saipan during World War II. He had three other brothers who fought in and survived the war.

Strombo, along with his friend Roscoe Mullins, was one of the last remaining survivors that fought and survived the Battle of Saipan. The 35 Marines attended boot camp together before getting sent on missions to Tarawa, Saipan and Tinian. After the war ended, the two served a group that acted as a police force in Japan.

On June 25, 1944, Strombo stumbled upon what appeared to him to be a World War I cannon. However, as he approached it, he found it to be a mirage created by the tropical heat. In place of the cannon lay a lifeless Japanese captain. Looking through his belongings, Strombo found multiple family photos of a father and mother with their children in the mountains. He was struck by the resemblance the mountains bore to those in his home state of Montana. He also noticed that the captain had a Good Luck Flag in his uniform. Though initially hesitant, he took the flag, promising to himself that he would return it to the captain’s family one day.

Strombo was discharged from service in 1951. He suffered from post-traumatic stress disorder and would often wake up from nightmares. Strombo soon became a single parent to his four children, who recall him as being their “saving grace.” His daughter Sandra Williamson attested to his commitment as a father and said, “He just put all of his focus on raising us and making sure that we felt loved and safe and had a roof over our heads.”

In August 2017 at the age of 93, Strombo made his way back to Japan to return the flag. In a remote village, he presented the flag in an hour-long ceremony to the three siblings of the late captain Sadao Yasue, whose body he had found on the field 76 years before. Yasue’s sibling, Tatsuya Yasue, was touched by how well Strombo had preserved the flag as he was still able to detect his brother’s scent on it.

Strombo died in June 2020 surrounded by his children, grandchildren and great-grandchildren. He was laid to rest with his parents and other family members.