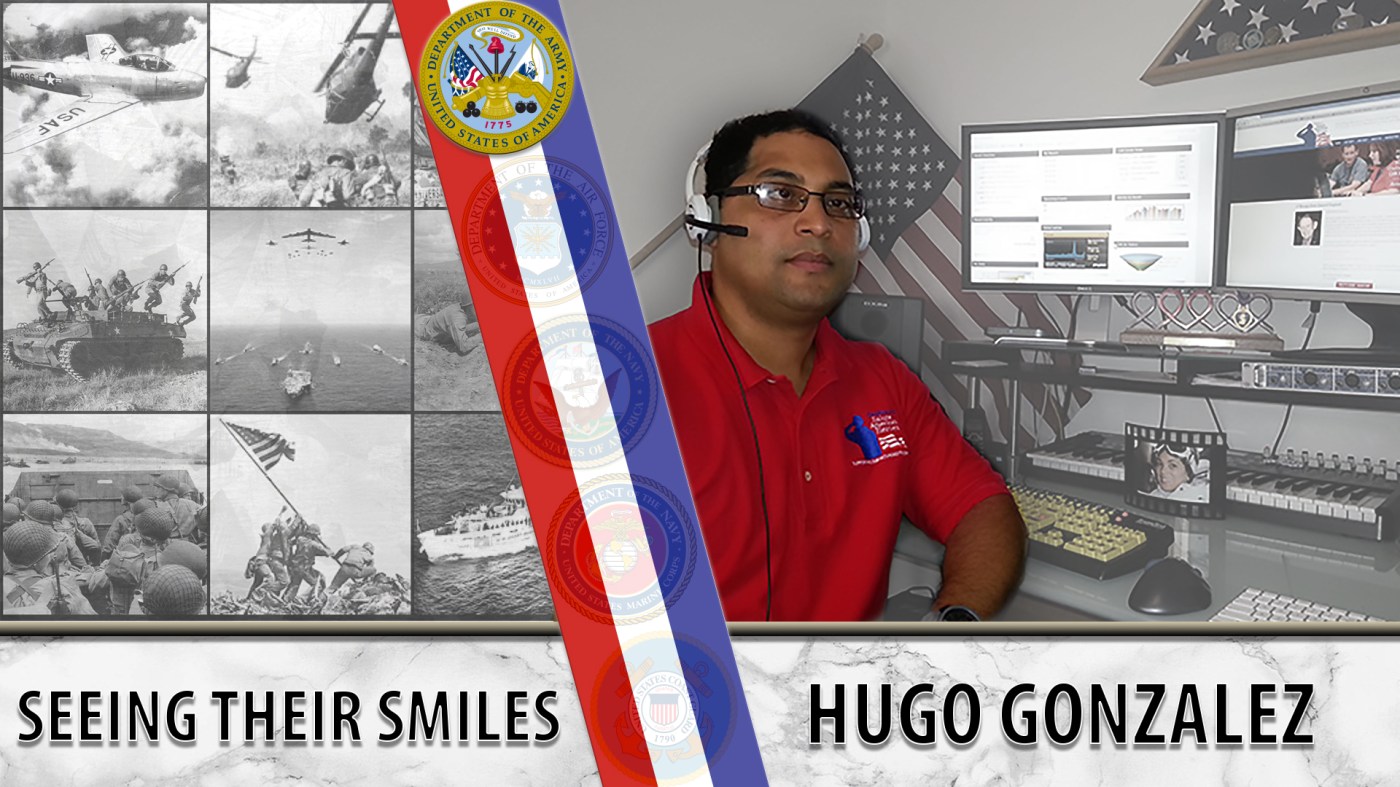 Army Specialist Hugo Gonzalez lost much of his sight while serving in Iraq. His family helped him through a rough transition.

There were no two greater joys in Hugo Gonzalez’s life than learning new skills and serving in the military. He enlisted in the Puerto Rican National Guard in 1995 while simultaneously completing his degree in communications. After he received his diploma, he joined the U.S. Army, planning to learn another language, pursue a master’s degree, become an officer and marry his fiancée. However, he joined the Army during the peak of the Iraq War and soon found his plans derailed.

Gonzalez did not expect to engage in close quarter combat. In 2004, he was assigned to the 1st. Infantry Division as an artilleryman in Germany. But with Operation Iraqi Freedom picking up, Gonzalez was sent to fight in Iraq. Like most, he performed tasks beyond his MOS, like escorting VIPs, enforcing curfews, conducting patrols and participating in near-daily firefights.

On the night of June 21, 2004, Gonzalez fought for the last time. While searching for an improvised explosive device maker in an unarmored vehicle, he and his squad took a direct hit. The explosion sent shrapnel flying through Gonzalez’s skull, piercing his brain. Another piece of shrapnel destroyed his right eye’s optical nerve, rendering it completely unsalvageable. Doctors did manage to save Gonzalez’s left eye, though they could only restore partial vision. Gonzalez eventually wound up at Walter Reed.

At Walter Reed, he spent much of his time rehabilitating and contemplating the uncertainties of his future. In an interview with Charles Ferguson for the film “No End in Sight” in 2006, Gonzalez noted feeling worried about how he would overcome the inevitable struggles of life without eyesight. He wondered who he could rely on to be his eyes going forward. He immediately entrusted the task to his partner, who he married in a quick civil ceremony while in rehabilitation. His wife remained by his side throughout years of therapy. Gonzalez was released from rehabilitation two years after suffering his injury and was discharged from military service with 100-percent disability.

Gonzalez found difficulty readjusting to civilian life. His house was not built to accommodate impaired vision, and he began suffering from severe post-traumatic epilepsy and migraines. In an aired interview on “Good Morning Washington,” Gonzalez described feeling like there was a demon dwelling within him, believing that “there is a war still going on… inside the souls of our wounded soldiers.” Grappling with physical and mental health challenges, it was apparent that, for him, the battle didn’t end on June 21, 2004.

Nevertheless, Gonzalez found comfort within his family. His wife and three daughters were the joys of his life in difficult times, ranking among his most avid supporters. In turn, he made it a priority to maximize their happiness.

In December 2009, he faced financial strain and could only muster a modest Christmas budget for his daughters. Fortunately, he came into contact with Walmart and the nonprofit Operation Homefront, granting him $1,000 to spend on Christmas gifts. Gonzalez brought his children along and they enjoyed a Christmas shopping spree.

A year later, Gonzalez began considering the idea of giving his wife the traditional church wedding they had dreamed of. He soon came into contact with Hope For The Warriors, a nonprofit which supports wounded Veterans. On Feb. 28, 2011, the nonprofit granted him and his wife the necessary funds to turn their dream wedding into a reality.

In an interview with the Coalition to Salute America’s Heroes, Gonzalez recounted his life’s story. When he spoke about his injury, he did not despair. Rather, he said, “The left eye is all I have left, but I am grateful to the Lord that I still have partial vision. I can still see my children smile at me.”