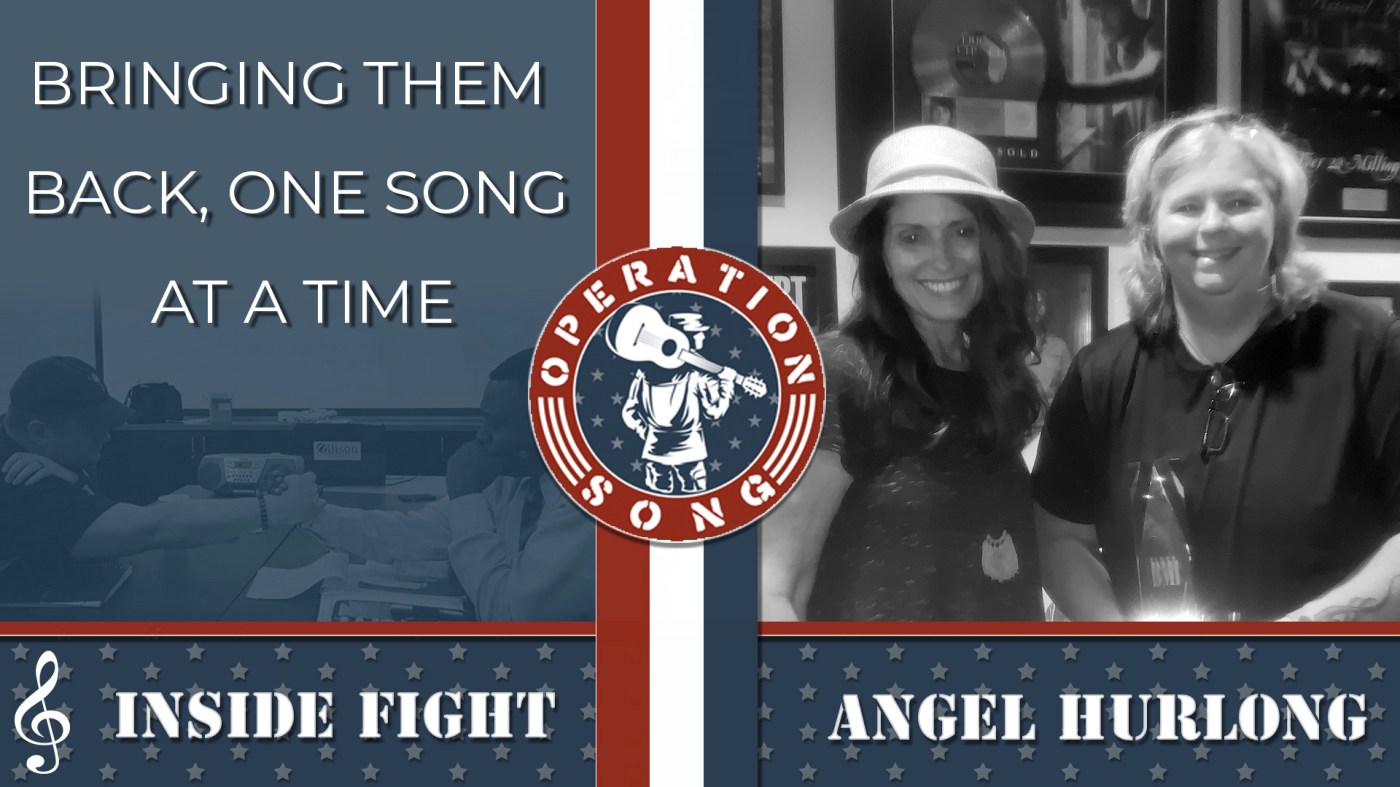 This #OperationSong spotlight is on “Inside Fight” by Coast Guard Veteran Angel Hurlong, who served from 1991 to 1995.

Angel Hurlong joined the Coast Guard in order to follow in the footsteps of her father and grandfathers, who all served in the Navy. Hurlong served as a boarding officer with a search and rescue crew and as a storekeeper at the U.S. Coast Guard Finance Center.

After retiring from the Coast Guard, Hurlong was treated post-traumatic stress disorder (PTSD). While at a VA hospital, she was selected to participate in the Operation Song program to write about her experiences.

Hurlong’s song describes her PTSD and night-time anxiety. The first verse tells of her internal struggles as an “inside fight,” one that keeps her up at night. This is complemented by an emotive melody and soft guitar accompaniment. Hurlong explains that her hypervigilance makes it difficult for her to sleep, a struggle that many others with PTSD also face. However, the chorus of the song takes on a hopeful tone, with beautiful harmonies sung by Hurlong herself. She asks, “Will you light up the dark [and] sweep these shadows from my heart?”

The second verse also mirrors this tone of hopefulness as Hurlong reflects on how playing her guitar comforts her during her struggles. In the final verse, Hurlong asks, “Will you be my angel, stay by my side, and walk me to my car tonight?” This line was inspired by her friends from an open-mic night that Hurlong hosts. Her friends look out for Hurlong after dark and walk her to her car to help her feel safe. Hurlong emphasizes the appreciation she has for her friends’ understanding and support.

The Operation Song process was therapeutic for Hurlong, as it gave her a new space to process her battles  and “tackle demons” through art. She sang harmonies and even got to play lead guitar alongside singer-songwriter Cindy Morgan at the Country Music Association Stage. Hurlong says that she enjoyed recording “Inside Fight” and performing it at the Country Music Association Stage for members of the music industry.

Hurlong hopes that non-Veterans who hear “Inside Fight” will understand the ways in which night-time anxiety can affect Veterans with PTSD. For example, her song has helped her mother to better understand her struggles. Finally, she hopes that listeners who can relate to the song will hear her message of encouragement and know that they are not alone.

Hurlong currently performs both virtually and in restaurants with her guitar.