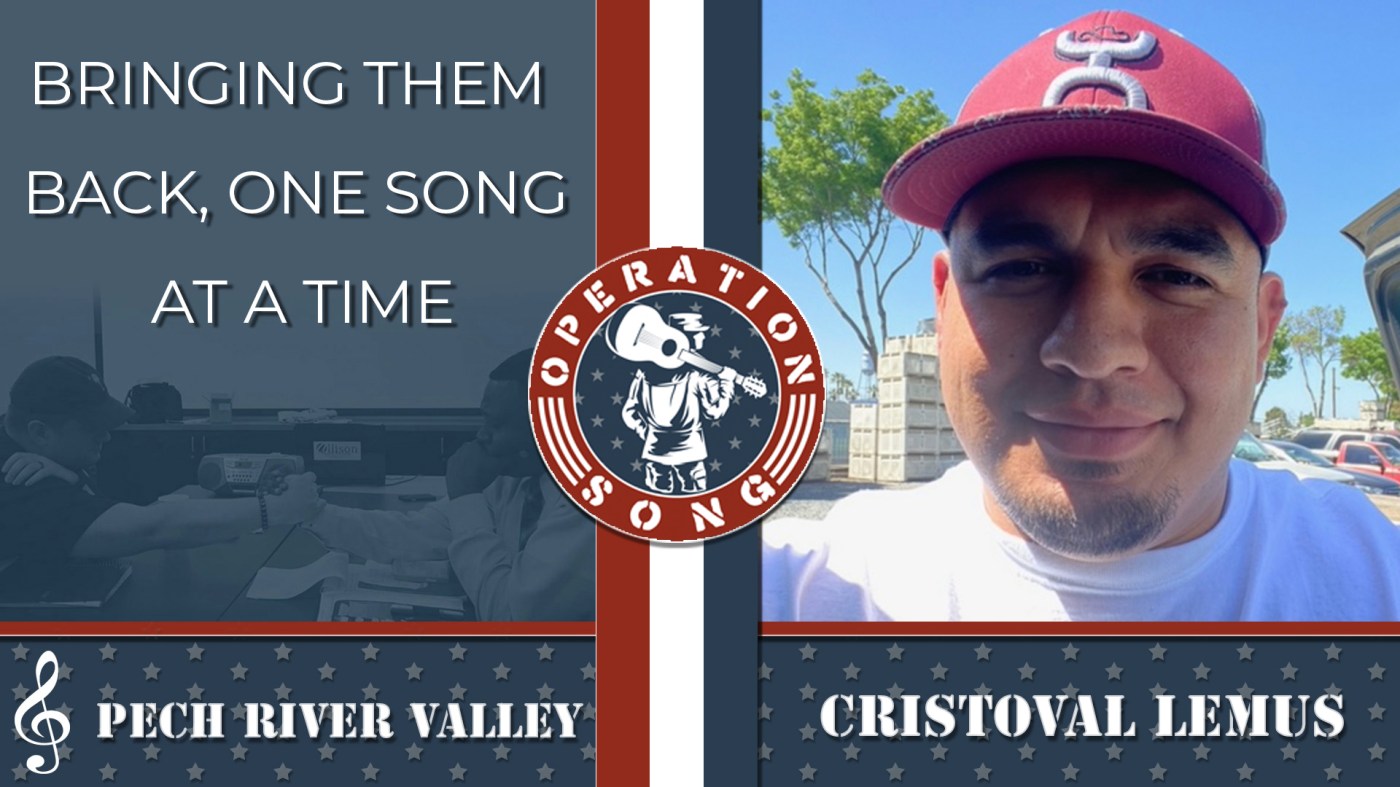 This #OperationSong spotlight is on “Pech River Valley” by Afghanistan Veteran Cristoval Lemus, who served in the Army’s 101st Airborne Division.

Cristoval Lemus was born in August 1989 in Exeter, California. At 19, he enlisted in the Army to better himself and to serve his country. Seven months later, after completing training, he deployed to Afghanistan.

The first verse in Lemus’ song elaborates on his daily patrols, in which he faced the intensity of “APG’s, mortar and bullets” in firefights with the enemies. For his service, he was awarded two Army Commendation Medals (ARCOM) with V Devices.

“Pech River Valley” is written for all Veterans, as its lyrics can resonate with anyone who has served. The second verse of the song states, “Here on the home front there’s nowhere to run, it ain’t easy for none, but it’s harder for some.” Like many Veterans returning home, Lemus was reminded day and night of his memories from combat. Many civilians do not know about the experiences that Veterans have overcome, so “Pech River Valley” also helps non-Veterans to better understand what their loved ones in the military have endured.

While in the military, Lemus formed a lasting brotherhood with the men in his unit. Although he and his “brothers” live far away from each other, they still keep in touch. These men who served with him understand the sentimental value of “Pech River Valley” as a remembrance of what they have overcome. Dedicated to the brothers who did not return home from war, the chorus of the song prompts listeners to “say a prayer for those we lost in the Pech River Valley.”

After Lemus discovered that Veterans could create music through Operation Song, he decided to try out the program. He was put in contact with writer Chuck Jones, and they started the songwriting process by sharing memories and strumming on the guitar. Lemus had free creative reign during the songwriting process, including the ability to choose any genre of music, and he enjoyed producing his song. Jones even found audio of a helicopter flight during the year Lemus served in Afghanistan and creatively incorporated it into “Pech River Valley.” When Lemus listened to the finished song, he was surprised to hear the music transition to the audio of the helicopter at the end. This audio clip is a familiar sound to combat Veterans and further helps them connect with the song.

Lemus used his Operation Song experience as a therapeutic way to talk through his service, and he believes that all Veterans can benefit from writing music. His song tells a story familiar to other Veterans who have taken part in combat. Lemus’ music reminds him of the brotherhood he found while fighting in the “Pech River Valley.”