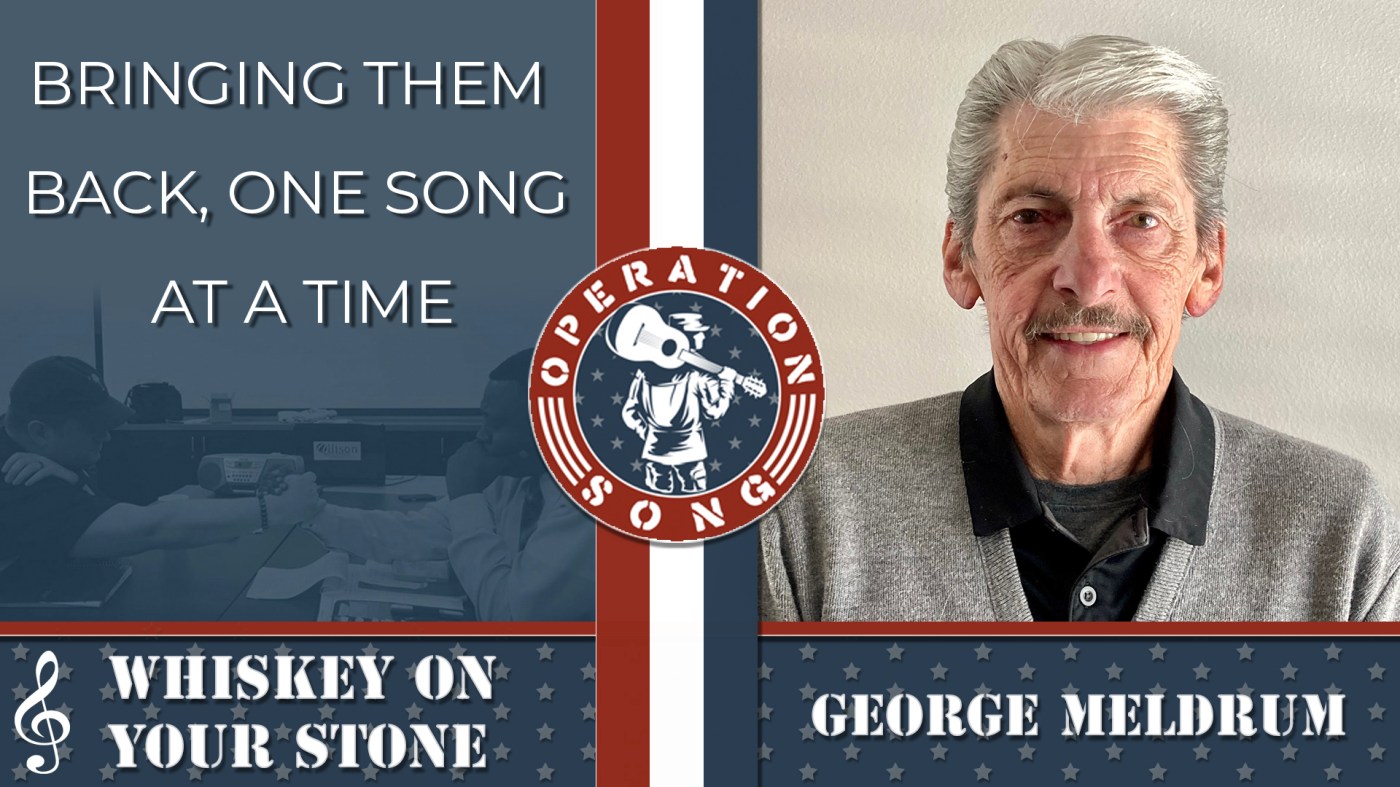 Veteran George Meldrum shares the true story behind his song “Whiskey on Your Stone.”

This #OperationSong spotlight features “Whiskey on Your Stone” by Army Veteran George Meldrum, who served during the Vietnam War.

Drafted in May 1968, Meldrum completed basic training at Fort Ord, California. After completing AIT, he deployed to Vietnam with the 1st Infantry Division’s 2/28th Infantry Battalion. He spent most of his service building fire support bases and surviving the forests of Vietnam.

After approximately seven months in the field, Meldrum’s military occupational specialty code was changed from infantryman to military policeman. He was then reassigned to Cam Rhan Bay, Vietnam, where he completed his tour. Upon completing his service in Jan. 1972, he returned to his artistic roots and began involving himself in theatre, singing and writing. These resulted in his writing and producing “Whiskey on Your Stone”.

The song explores the nature of survivor’s guilt from Meldrum’s perspective. While serving in Vietnam, he mourned the loss of a fellow soldier. “I had a really good friend right next to me during an action while we were conducting a search and destroy mission in the jungle,” he said. “We made contact with the enemy, and he died right next to me. It could’ve been reversed, where he could have been where I was standing, and I would have been the one that passed.” When writing the song, Meldrum wanted to share his own experiences and emotions because knew that there were many Veterans also experiencing survivor’s guilt.

The title of the song is a reference to how Meldrum figuratively pours whiskey over his friend’s grave anytime he was drinking it, and the lyrics explore Meldrum’s silence while coping with his loss and guilt.

Meldrum wants “Whiskey on Your Stone” to be a message about destigmatizing seeking help and counseling for those experiencing post-traumatic stress disorder (PTSD). “In some way, I think that some Veterans feel the stigma of – even in the counseling community – there’s some stigma of having PTSD, and that somehow, it’s not normal,” he said. “But in my opinion, it is very normal to have PTSD if you have experienced some of the things our combat soldiers have experienced. It would be abnormal not to have PTSD.”

Ultimately, Meldrum wants the song to be widely distributed so that it could raise awareness for Veteran suicide. He hopes that the song will help Veterans share their experiences during the war and talk about their feelings, and he gives many thanks to Operation Song for their role in empowering Veterans through music. He also is thankful for the opportunity to work with Chuck Jones on writing the song.

Currently, Meldrum is writing short stories and working on a novel and screenplay.