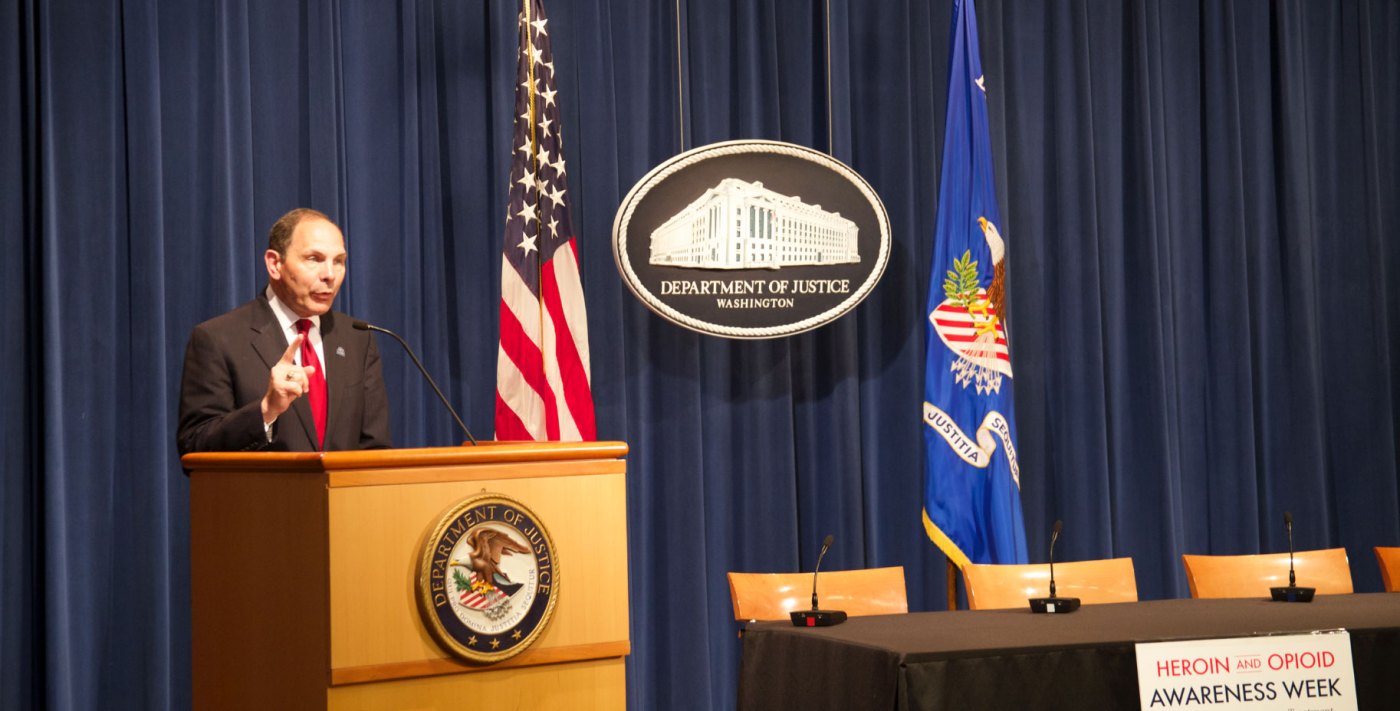 This week, across the nation, federal, state and local agencies, as well at their public and private sector partners are bringing attention to the public health crisis caused by drug overdoses.  During Prescription Opioid and Heroin Epidemic Awareness Week, Sept. 18-23, federal officials, led by the U.S. Department of Justice, are raising awareness of the crisis and hosting events focusing on the work being done to address opioid and heroin abuse.

“At the federal level, the Departments of Justice, Agriculture, Defense, Veterans Affairs and Health and Human Services are using all available tools to combat this epidemic by expanding evidence-based prevention and treatment programs, increasing access to the overdose-reversal medicine naloxone, improving opioid prescribing practices, and supporting targeted enforcement activities,” according to an administration fact sheet released this week.

“And all too often, that substance abuse begins with opioids prescribed by DoD or VA doctors for service-related conditions,” McDonald said. “Veterans are also more likely to suffer from post-traumatic stress disorder, traumatic brain injury, and mental illness, which can lead to substance abuse, homelessness, criminality and even suicide.

“All of these things are preventable. We know that Veterans in our care are less likely to commit suicide, commit crimes or end up homeless. So our focus has been on getting at-risk Veterans into the VA healthcare system.”

For Veterans using VA health care, the Veterans Health Administration has implemented a system-wide opioid safety initiative to reduce the reliance on opioids and manage their use more carefully. Since 2012, the number of VA patients on opioids has been cut by 25 percent, the number of patients on long-term opioid therapy has been reduced by 30 percent and those on high-dose opioids are down 36 percent, and VA has collected more than 38,000 pounds of opioids from patients who don’t need them or want them.

VA is also working with justice-involved Veterans, partnering with more than 400 Veteran Treatment Courts to make sure eligible Veterans get timely treatment for mental health and substance abuse issues, and other VA services and benefits.  The results show these programs work: two-thirds of Veterans before Veteran Treatment Courts successfully complete their treatment regimens, 88 percent see a reduction in arrests and 30 percent see an increase in stable housing in the year after.

Given the success of the Veteran Treatment Court program, today, the Department of Justice announced awards totaling over $5.3 million to 13 state and local jurisdictions to help them expand the network of Veterans Treatment courts.

According to DOJ, “The awards, funded under the Bureau of Justice Assistance’s 2016 Adult Drug Court Discretionary Grant Program, provide government court systems with financial and technical assistance to develop and implement Veterans Treatment Courts that tailor substance abuse treatment, mandatory drug testing, sanctions and incentives, and other transitional services for military Veterans who are substance abusers.”

“Our military Veterans often risk life and limb for their country,” said Principal Deputy Associate Attorney General Bill Baer in announcing the grants.  “We owe our very best to help those who struggle with substance abuse get back on their feet, stay sober and successfully and productively integrate into civilian life.”

“Partnering with judges and courts that want to identify Veteran defendants and get them connected to needed VA treatment is how we best serve them,” said Secretary McDonald. “‎Veteran Courts are a perfect example of communities coming together to serve Veterans in a holistic way with VA care as a vital component.”

VA has a deep commitment to serving Veterans who are incarcerated, and partners with jails, prisons and courts to ensure Veterans who reenter the community have resources available to support their successful return. Even though recent national information has shown that both the rate and number of Veterans incarcerated has declined over time, VA maintains this commitment through two specialized programs: Health Care for Reentry Veterans  and Veterans Justice Outreach.

“If we are going to serve Veterans – all of them who have put so much on the line for all of us,” McDonald said, “then we’re going to have to work together to see that they have the best services and health care available.”