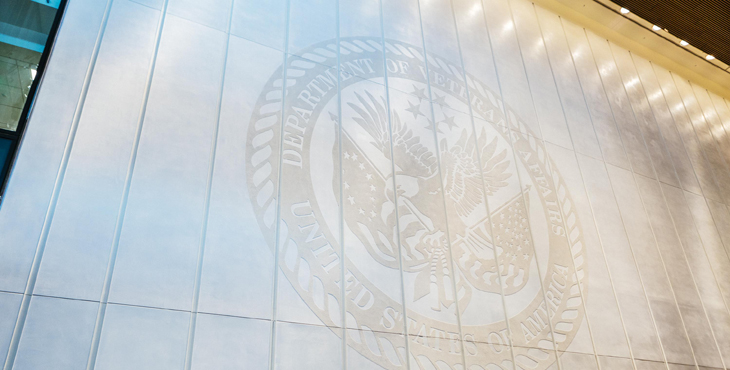 “Did you know the Partnership for Public Service ranked VA 6th among the 17 largest federal government organizations in 2018?
Learn why by watching the video here.

A job caring for Veterans. A career based on giving back. An opportunity to help millions of Veterans get better, faster. The ability to earn competitive pay and unbeatable benefits.

These are all great reasons to work at the U.S. Department of Veterans (VA). Now, there’s a new motivation to choose a career at VA: A 2018 survey ranks it sixth among the 17 largest federal agencies considered the Best Places to Work in the Federal Government. This is up 11 spots from the 2017 ranking, when VA was 17th out of 18 large agencies on the annual Partnership for Public Service tabulation.

“The uptick in rankings reflects the experiences of many career professionals who work at VA: It’s rewarding to serve alongside skilled professionals who put Veterans at the center of everything they do,” said Darren Sherrard, associate director of recruitment marketing. “Although VA did not reach the top spot this year, it’s gratifying to know that more and more employees say they recommend VA as a great place to work.”

VA leaped to sixth place among the federal agencies with 15,000 or more employees thanks to its 64.2 employee engagement score, which is calculated based on responses to questions designed to assess employee engagement characteristics such as job and organizational satisfaction. NASA, which snagged the partnership’s top spot in 2018, scored 81.2 in employee engagement. The departments of Health and Human Services and Commerce were second and third, respectively.

Nearly all agency rankings were determined based on responses to questions in the U.S. Office of Personnel Management’s Federal Employee Viewpoint Survey. This year, VA did not participate in that survey, opting instead to issue its own internal All Employee Survey. Because VA’s survey included the same three questions used to calculate the Best Places to Work score, the agency was included in the partnership’s overall rankings.

Due to these different data collection methods, however, the partnership did not report a point change for VA compared with the previous year (that apples to apples comparison will be available next year, when VA’s 2019 data is released). Nevertheless, VA Secretary Robert Wilkie said in a statement that “it is clear that we’ve made progress throughout VA in this important area.”

Max Stier, president and CEO of the Partnership for Public Service, largely agreed. He issued a statement applauding Wilkie and his team for “creating a more positive work environment that enables VA employees to perform their best.”