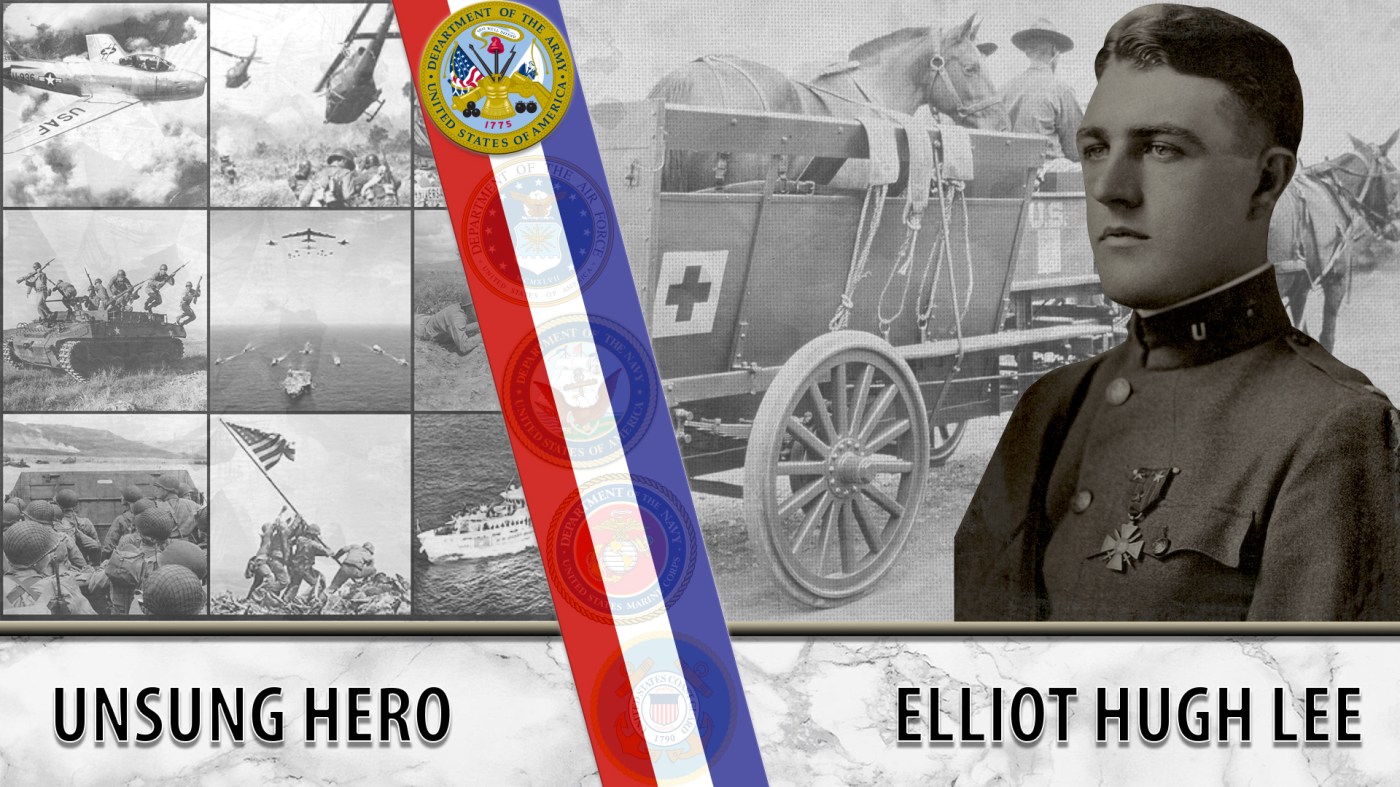 Half an inch too tall to become an officer, Elliott Hugh Lee drove ambulances on the Western Front and organized American aid to France after World War II.

The factors that decide fate can rarely, if ever, be identified. In the case of Elliott Hugh Lee, the factor of one half-inch is what changed his life.

In 1915, Lee was a recent graduate of Princeton eager to do his part for his country. Though things beyond his control altered his original path, Lee never lost sight of his goal to serve his country. Lee served both France—a country he came to care about genuinely—and his own country in the war on the Western Front. He continued his service long after the end of the war.

Lee was born in Ridgeway, Colorado, in 1895 and attended Princeton University. At Princeton, Lee majored in Economics, and played an active role in the Phi Beta Kappa honor society. He also held class office positions and was the treasurer for the Alumni Council.

In his memoir, Lee wrote that, like most of the liberal arts alumni, he wondered what he might do as it appeared more likely that the United States would become involved with the war in Europe. To prepare, he took basic first-aid courses and went to Governors’ Island on Saturday afternoons to learn the military drill.

When World War I began, Lee attempted to enter Officer Candidate School. Unfortunately, there was a maximum height limit set at 6 feet, 4 inches. Lee was 6 feet, 4.5 inches tall. This half-inch kept him from the regular Army and led him into the Army Ambulance Service.

In 1917, as fighting raged on the Western Front—and the conflict bogged down into trench warfare—a specific problem emerged with medical logistics. The French ambulances were unable to make it through the mud. America’s Ford Motor Co. shipped thousands of modified Model T ambulances to the front lines to assist the allied efforts.

Combat with the Allies

In May 1918, the German Army launched one of its last significant offensives during the war. In this engagement, while attached to the French Army, Lee finally saw the war firsthand, seeing villages bombarded by artillery and air attacks against Allied positions.

Attached to the French Army, Lee and the other Army Ambulance Service troops were subject to the French leave policy, which gave soldiers leave every three months. He experienced great kindness and made lasting friendships during his time in France. On his first leave in January 1918, he stopped in Paris, then in Nice, at a family-owned hotel. For his second leave in May, he made use of a program that housed American soldiers in French homes. Through this program, Lee found a picturesque house on the shore of the Mediterranean city of Frejus. He took his third leave in August, with a family in Tarbes.

After leaving the Ambulance Service, Lee worked for the Morgan Guarantee Trust Company from 1919 to 1959. Though no longer a soldier, he never left behind his profound love for France and the French people.

When World War II broke out, Lee organized aid efforts to France under the request of President Roosevelt. His efforts would help bring several different aid societies together into American Aid To France (AATF) after the country’s liberation from the Nazis. Before the formation of AATF, its predecessor organizations aided French POWs and other French soldiers and civilians. Lee was particularly invested in the Franco-American Memorial Hospital in St. Lo. To commend him for his dedication to France, the French government recognized him as a Chevalier of the Legion of Honor.

Lee died in Medford, New Jersey, in June 1990. He lived a life of leadership and service and was known for his many lifelong friendships with those he met on the Western Front as well as his peers from Princeton, whom he accompanied to war. Lee helped make the AATF more than just an aid group, but a symbol of the longstanding relationship between France and the United States.