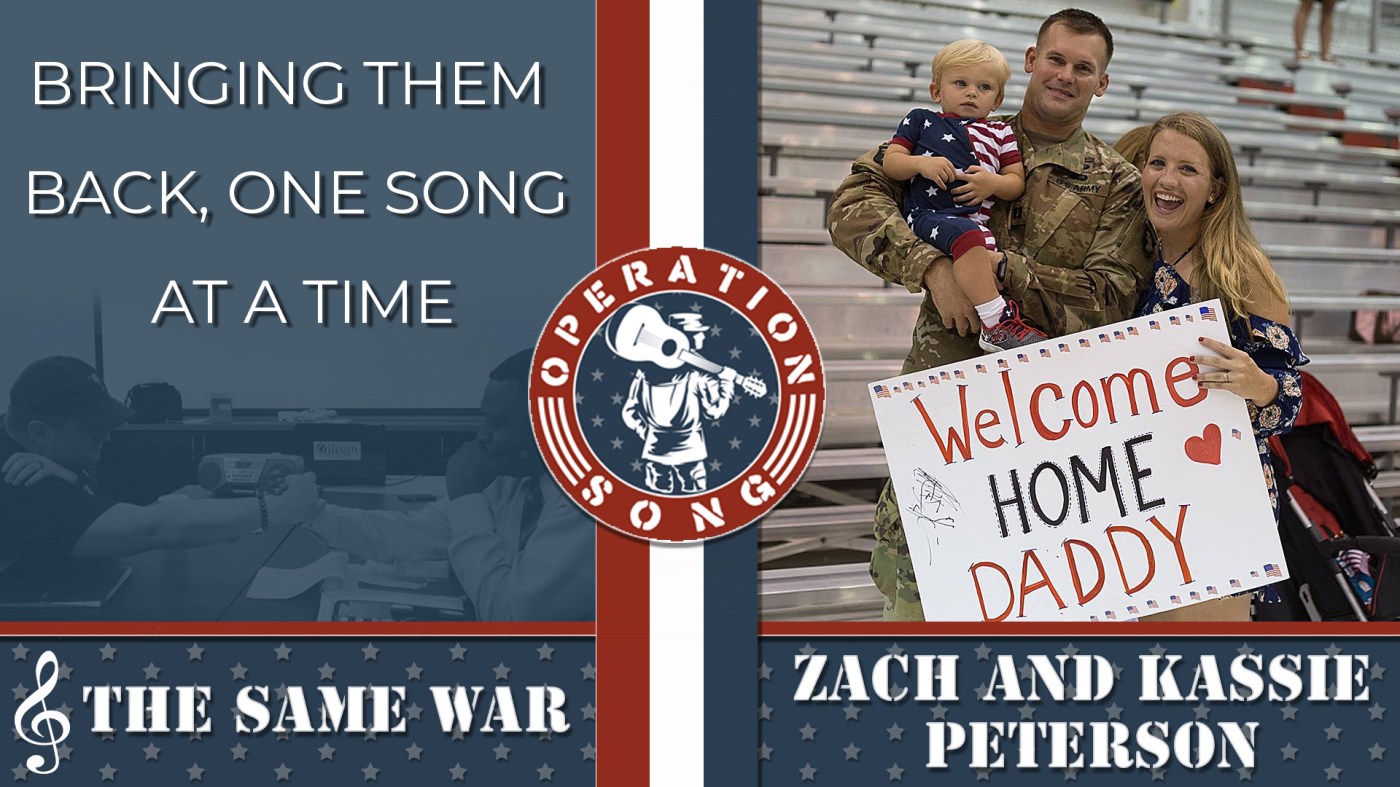 This #OperationSong spotlight features “The Same War” by Army Captain Zach Peterson and his wife Kassie. Their song talks about fighting on different fronts, but for the same goal.

Zach and Kassie Peterson’s love story is not the typical high school sweetheart romance. The two friends shared several classes and ran track together, but their story really began in college, when Kassie went to Auburn University and Zach to West Point. They were home for Thanksgiving when Zach called Kassie to see if she wanted to meet up.

The pair married in 2011 after graduating from their respective colleges. Zach proposed to Kassie on West Point’s football field’s 50-yard line. He was commissioned later that year, and that’s when their military life together began. Today, the pair have been married for eight years, moved eight times, and gone through four deployments.

Between deployments, it was always hard to settle into routine when another deployment was already on the books. But in 2019, the first time in a long time that they weren’t preparing for Zach to deploy, the Peterson’s sought to find their new normal. That’s when Kassie found Operation Song, a grant recipient of the Spouse’s Club at Fort Campbell, Ky.

She found an Operation Song retreat scheduled nearby at the Steven A. Cohen center in Clarksville, Tenn. The venue had been reserved for Veterans to come in and get their thoughts out, so she signed them up.

At the retreat, and during the brainstorming process, Zach and Kassie thought about what they had been through together and how they were able to see the other’s perspective. With the help of Operation Song writers and vocalist Jamie Floyd and Pete Sallis, the Peterson’s were able to jot down a song that emphasized each’s struggles during deployments but then come together at the end for a shared perspective.

Despite being apart, Zach and Kassie realized that they were fighting the same war.

Operation Song is a non-profit based in Nashville, Tenn., that partners professional songwriters with Veterans, active military and their families to help them tell their stories through song. Since 2012, Operation Song has produced over 600 songs with Veterans of WWII to those currently serving. Those who serve need no musical background, only the desire to tell their story. If you are interested in learning more about Operation Song or hearing more songs, please visit: http://www.operationsong.org/