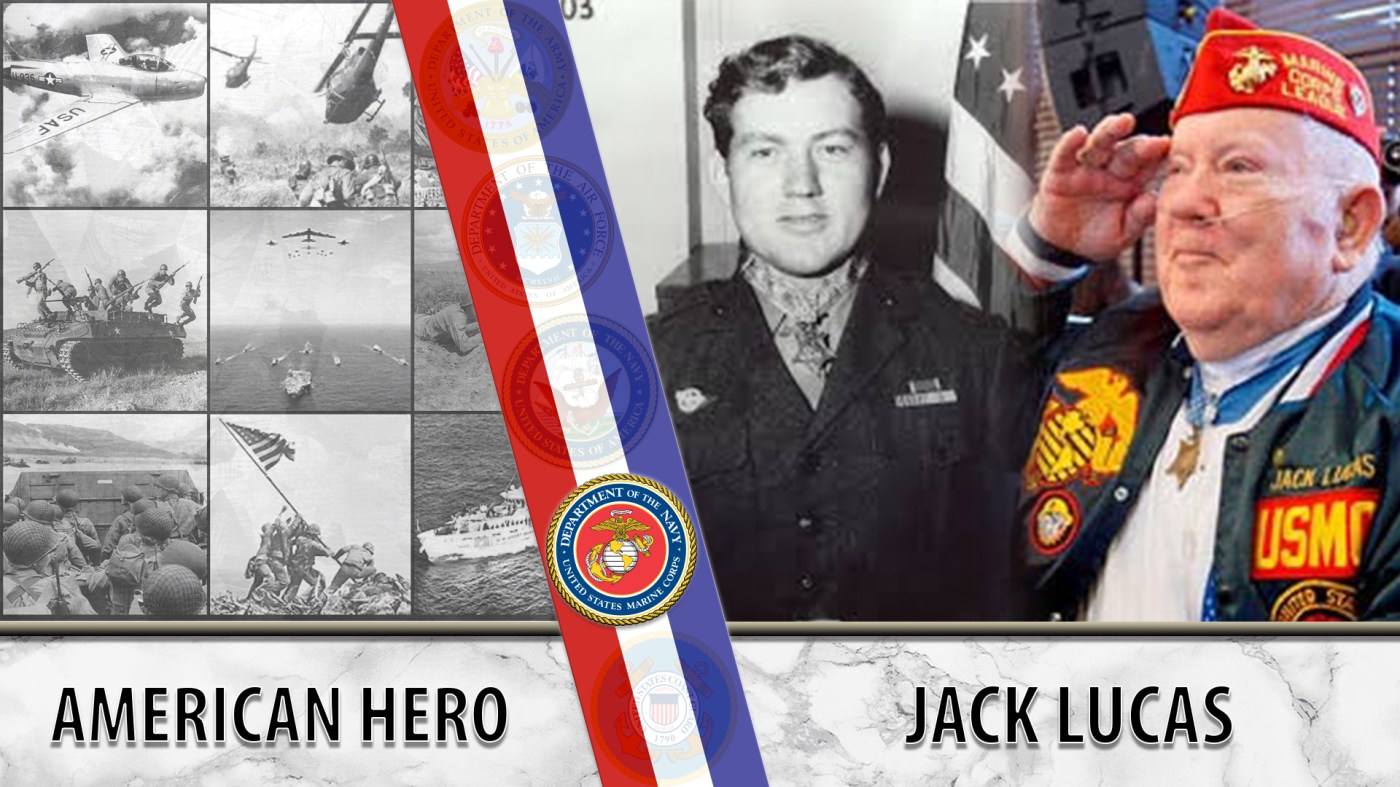 Jack Lucas was 17 when he became the youngest Medal of Honor recipient since the Civil War after jumping onto two grenades to save his fellow Marines.

Jacklyn “Jack” Harold Lucas was 17 when he was awarded the Medal of Honor for his heroism in World War II, making him the youngest Marine to ever receive it. He was born in Plymouth, North Carolina, in February 1928. After the bombing of Pearl Harbor, Lucas was inspired to serve in the military as soon as possible. He forged his mother’s signature on enlistment papers that allowed him to join the Marines at age 17, despite only being 14. Lucas successfully passed as a 17-year-old due to his height and large frame, and was sent to boot camp in Parris Island, South Carolina. After boot camp, Lucas became a heavy machine gun crewman in the 6th Base Depot of V Amphibious Corps stationed in Pearl Harbor, Hawaii.

The military uncovered the truth about Lucas’ age while he was stationed in Pearl Harbor in 1943 when censors read a letter that he wrote to his 15-year-old girlfriend. He was given the option to go home or work as a truck driver. He reluctantly accepted the latter.

Lucas recalls that he was obsessed with the war and wanted to serve in combat. Acting on his itch to see action, he snuck onto a Navy transport ship, USS Deuel, set for Iwo Jima, Japan. While on board, he turned himself in and volunteered to fight in order to not be cited as a deserter. He was adopted into the Company C, 1st Battalion, 26th Marines, 5th Marine Division as a rifleman.

Lucas turned 17 while onboard the ship for Iwo Jima. Once the battalion landed on the Japanese held island, they advanced up the beach through ravines and trenches. While Lucas and his fellow Marines navigated through a ravine, 11 Japanese soldiers appeared and then fired at them. Lucas spotted two grenades near them when his rifle jammed. He leapt on the grenades while yelling to his comrades to take cover. One of the grenades did not explode, but Lucas absorbed the explosion of the other, saving the men fighting alongside him.

The Marines with him presumed he was dead and continued advancing, successfully driving the Japanese back. Another unit discovered Lucas and tended to his injuries before carrying him to medics in a safer location. Lucas was treated on the USS Samaritan hospital ship, in multiple field hospitals and ultimately at a hospital in San Francisco, California. The grenades left over 250 pieces of shrapnel in his body and he underwent 26 operations in the following months.

In August 1945, while Lucas was a patient in a U.S. Naval Hospital in Charleston, South Carolina, the Marine Corps reinstated him as a private first class by scrubbing the desertion charge from his record. It then formally discharged him due to disability in September, two weeks before the end of World War II.

Lucas went on to study business at High Point University and traveled the globe speaking to troops and Veterans. He enlisted in the Army in 1961 at age 40 with hopes of conquering his fear of heights by becoming a paratrooper. During a training jump, both his parachutes failed, but Lucas said he miraculously survived and walked away unscathed due to his sturdy build and rolling immediately upon ground contact. Lucas was assigned to the 82nd Airborne Division, but did not serve in Vietnam despite volunteering to do so. After four years, he concluded his military career in 1965.

In Lucas’ post service years, he opened a company that raised, processed and delivered beef outside of Washington, D.C., and wrote an autobiography appropriately titled “Indestructible.” He died of cancer on June 5, 2008, in Hattiesburg, Mississippi, at age 80. In 2016, it was announced that a Flight III Arleigh Burke class destroyer will be named USS Jack H. Lucas and is projected to be commissioned in 2023.